Bollywood actress Sonakshi Sinha, who will be next seen in Abhishek Verman’s Kalank, has been reportedly roped in to star alongside Nawazuddin Siddiqui in the film Bole Chudiyan. 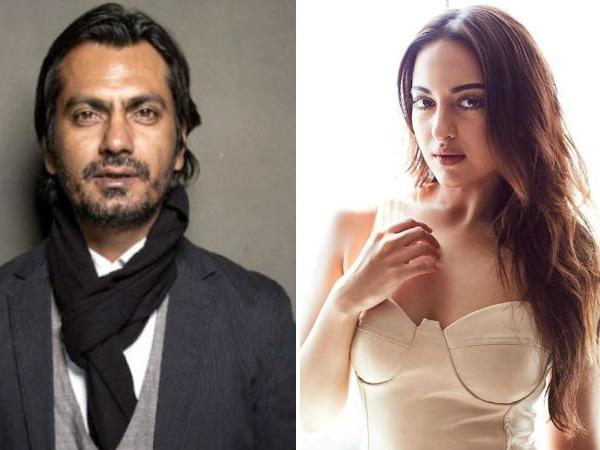 After impressing the audience with her performance in two films last year, Bollywood actress Sonakshi Sinha is all geared up to rule 2019 with her three upcoming projects. Sonakshi for sure has a busy year ahead of her and now it is being reported that the actress has bagged another film. Buzz has it that Sonakshi will play the female lead in Nawazuddin Siddiqui’s Bole Chudiyan which marks the Bollywood directorial debut of his brother Shamas Nawab Siddiqui.

Talking about the same, a source told Bollywood Hungama, “Shamas was looking for a leading lady and found it in Sonakshi Sinha. He thinks that Sona is quite apt for the role and she will be featuring alongside his brother Nawazuddin Siddiqui. The actress too has liked the script and has given a verbal nod for the film. The makers will be making an official announcement as soon as the final formalities are completed.”

However, neither Sonakshi not Shamas have given any confirmation about the same.

Earlier, a report in Deccan Chronicle had stated that actress Shraddha Kapoor has been approached to be a part of Bole Chudiyan. The daily quoted a source as saying, “Shraddha Kapoor has been approached to play the lead in this film. The makers narrated the story to her and Shraddha, who is keen to do some distinctive roles, has liked the project. However, she has not given her nod yet as she is busy with her other commitments.”

Apart from this, Sonakshi will be soon sharing the screen space with Alia Bhatt, Varun Dhawan, Madhuri Dixit and Sanjay Dutt in Abhishek Verman’s period drama, Kalank. The movie will hit the screens in April.

She will also be starring in Jagan Shakti’s Mission Mangal alongside Akshay Kumar, Taapsee Pannu and Vidya Balan. The actress will also be featuring in the Salman Khan-starrer Dabangg 3.

Nawaz, on the other hand, is currently shooting for Motichoor Chaknachoor that is directed by Deba Mitra Hasan. The film also stars Hero fame Athiya Shetty in a pivotal role.